Phoenix Has Risen 2019 has been run and won! 134 players across eight teams competed over two days at Hay Park in Bunbury.

Congratulations to Sublime Ultimate Club who took home the championship title over Focus and UWA were named Spirit of the Game Winners.

The Most Valuable Players of the tournament were Audrey Chen (Discgraceful),  and Ryan Kovalevs (Curtin Ultimate). 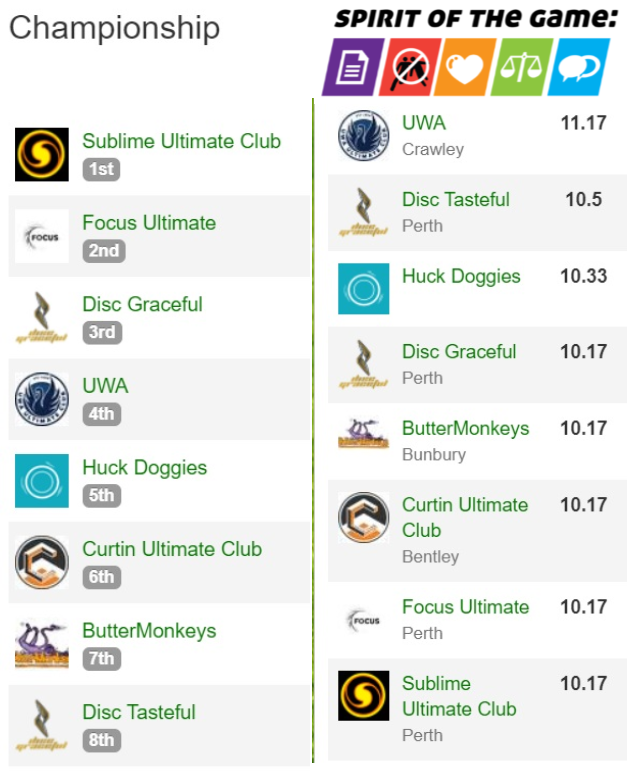 A MASSIVE THANK YOU to all the amazing staff and volunteers from Bunbury Ultimate Club who worked tirelessly in the lead-up and during the event with special mention to Crystal Peel in her capacity as Tournament Director.

Thank you to Rubixwear for arranging the players' gifts and sponsoring the MVP prizes.

All the results from the event can be found here.

All the photos from the event can be found here.